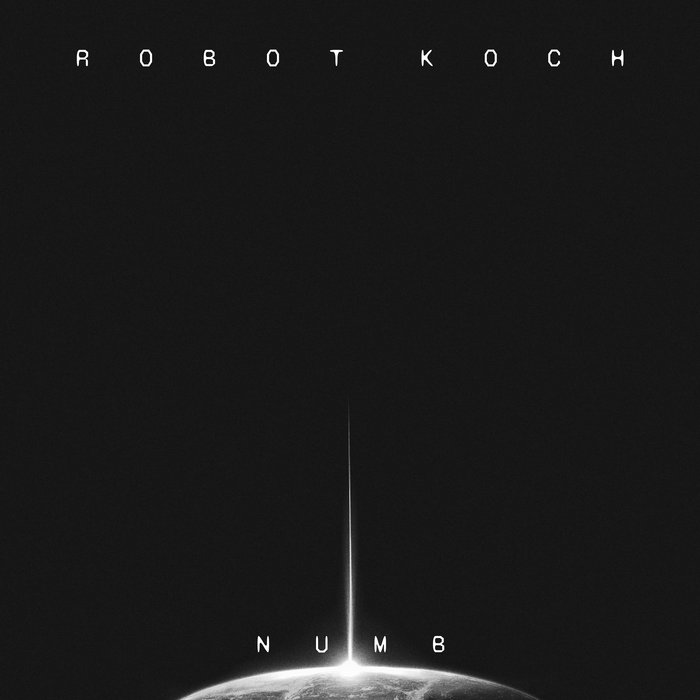 This is the first single from the new upcoming robot koch album "sphere".

Robot Koch returns with Sphere, his first solo album since 2015`s Hypermoment on Moderat´s Monkeytown Label.
Sphere will be released on his own imprint, Trees and Cyborgs, in October 2018.
The sonic world Koch creates on Sphere is cinematic, dark, visceral and melodic, taking the listener on a trip deep
into inner/outer space.
In contrast to his previous albums, Koch did not collaborate with vocalists, deciding instead to create a mainly
instrumental record, with the exception of Numb and All In Your Mind which both feature Robot Koch`s own voice.
The album was written and recorded in Koch`s Echo Park Studio in LA over the course of a year, making use of his
analog synths, guitarpedals, and a regular fix of matcha tea.
Sphere is also the soundtrack to Robot Koch`s ambitious new live show, which he has been developing in cooperation
with the Zeiss Planetarium in Berlin. Together with visual artist Mickael Le Goff, he created a show for an immersive
full dome experience with surround sound.
The live show will contain custom made dome projection visuals and music written and produced for a
3D / AV environment.
Almost a year in the making, the visuals and music will take the audience on an excursion into the universe, visiting
places that could be both the veins of an organism or the inside of a spaceship.
Like the album, the live show oscillates between the dark synth driven science-fiction moments of song like Lyra One
and the beautifully melodic and haunted soundscapes which Koch crafted on songs like Movement III.
„It was a new experience for me to mix the album not only for 2D speakers this time, but to create a 3rd order ambisonic
surround mix for the show as well, so i had to mix the album twice“ Koch says.
The visuals, created in 8K resolution were equally challenging, with a single minute of visual content rendering for
more than a week.
The result is an immersive experience that will premiere at the Zeiss Planetarium in Berlin for the Red Bull Music
Academy Festival in October 2018, kicking off a tour in 2019 performing the show in planetariums worldwide as well
as at music festivals capable of full dome shows.
The theme for the live show and the album is the exploration of inner and outer space, the balance between nature
and technology, and the quest for the unknown which is ultimately a search for oneself.

all alone
so alone